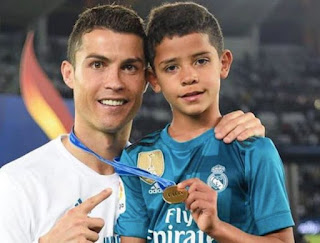 Cristiano Ronaldo who currently plays as a forward for Juventus and captains the Portugal national team has dished our piece of advice for his Son on becoming one of the greatest footballers.


Trying to inspiring and making his son a better man and greater player than him.He said great words a father would to his son.
He said:-

“To become a great footballer, you can’t think that everything falls from the sky, it’s not the talent that reaches you, you have to grab it and work hard for it”.